Resolutions at the coming of a New Year

The year 2021 CE is over. Its in the past now. It was an eventful year just like its predecessor, the year 2020 CE. It had its bad & worse moments and it had its good moments as well.

I left PMC towards the end of the year, having worked there for almost 11 years. That is the longest I’ve worked at any place, it’s more than half my professional career so far. It was a bittersweet moment, leaving behind an environment I’d gotten used to, leaving behind colleagues/friends I’d been working with for years. I left to join Deep Ganatra, my friend of 18+ years, at The Good Glamm Group to help shape things and to help build them better & stronger, work that we both can be proud of. Also, this meant that for the first time since I’ve known Deep, I’d be working with him. This was one of the big draws for me. 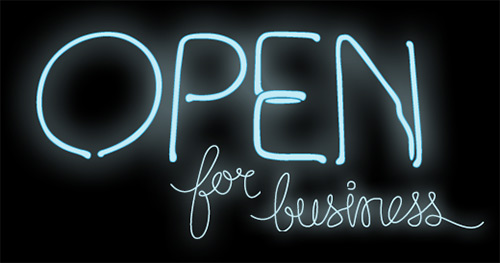 ….. 8 years down the line and 6 years of hibernation, feels kinda weird that I kinda let this go into hibernation just 2 years after I started here, not because I didn’t have time but because something else caught my attention. As it happened, I was enjoying blogging in Hindi so much that the priorities just shifted without any effort towards the action & I let this blog just go into a slumber. And there’s a shift now again, I don’t blog much these days, in Hindi or English, heck, even my Photo blog doesn’t see much action! And then there’s this craving, an itch at the back of the head, to write here again, I surely didn’t stop working/coding all these years, doesn’t feel right that I should stop writing then. 🙂

I’ve been away for quite a while from this part of world, mean that I’m writing here on this blog of mine after 6 months, well a day more than 6 months to be exact!! No need for explanations, everyone’s got life, I found mine as well!! 😉

But what I’m amazed at is that some people just don’t have it or are too much frustrated with their own lives that they just crib about everything else they don’t like!! One example can be seen at this CodeIgniter vs. CakePHP thread in the CI forums. While some people really said why they didn’t like CakePHP & what they found good or better in CI, some of the crowd didn’t miss a beat to give their piece of mind about how badly CakePHP sucks and some went even as far as enlightening us how Ruby on Rails, Django, Turbogears, Python etc. suck!!! 🙄 These are people who never do anything worthwhile and their life passes by without a blink. Comments like:

Its been quite a while since I last posted here(almost a month) and that post was after more than a month as March didn’t see any posts, or to cut a long story short, only 10 posts so far in this year as the fourth month wanes!! Been quite busy so far & whatever little time I got for blogging was consumed by other blogs, its been a struggle managing time. Now if that wasn’t enough, an old contact asked me to write some code in ASP for him to get him out of a spot of bother. I tried unsuccessfully to reason with him that I don’t have time for doing that & that its been about 2 years since I stopped coding in ASP and I’m quite rusty. 😐

Two years back, at this very moment, I published my first blog post after a gap of four years, & that post was the first post of this blog. Yes, this blog of mine is two years old now, and though I’ve not been able to blog here much in past month or so due to some other things, its still very much alive.

The IT services sector is booming again(after the dot com burst) & the companies are coming up everywhere to milk the opportunities that lay there for the skilled & daring. The already established companies began hiring again, breathing a new hope in those looking for jobs in this sector as well as in the freshers and students already studying & preparing to take their place in the IT sector!! One of the sub-sectors here is the web enabled services, the designing of web applications and their development to be precise, or as one can say in common tongue, website design and development.

No, I’m not talking about the existing Yahoo! Mail, which is not bad in itself, but I’m talking about the Yahoo! Mail that’s not yet available to the masses. Yes yes, I’m of course talking about the new look & interface of Yahoo! Mail, which is currently in beta and accessible only to a very small percentage of Yahoo! users. I got the invitation yesterday when I logged in to mail, & asked me whether I want to try the beta, I of course wanted to & clicked the button, but I hit a snag there, as on the next screen I was informed that my browser(Opera v8.51) is not supported & that either I get a browser which is supported(IE6 or FireFox or Mozilla) or I continue on with old UI of Yahoo! Mail. Not one to let go of the opportunity, I immediately changed browsers & logged in again & there, the new interface loaded, & after the first look, my first reaction was ….. “wow”!! 😕

I got the invitation for testing the Windows Live Mail Beta & I opted for it, anticipating some enhanced UI that will help me use my Hotmail better. The invitations for this next generation of Hotmail are given out by themselves only, no existing beta tester can invite anyone else, as in the case of Gmail. So I jumped on, upgraded to Windows Live Mail Beta and logged in. But after using the interface for a few minutes, I was quite a bit disappointed, even though I’d known from the first looks that I’ll be disappointed!!

I’ve been waiting for the evening of January 2nd, 2006, with great anticipation, for the 5th Delhi Bloggers’ Meet was scheduled for half past six in the evening at the N-Block Connaught Place outlet of Barista. 😕 But the skies were not sharing my eagerness to meet the fellow bloggers and were looking menacing all day & started spitting their venom in slow motion by the time I was getting ready to leave for the meet. I waited & waited and when finally the skies stoppped for a breather, I seized my opportunity & rode my bike like hell, so as to get out of the area hoping against the hopes that they would leave me alone when I’m considerable distance away. That was not to happen as the conspiracy against me continued resulting a slight drizzle 2-3 times when I was on road. Unfazed, I continued to plough on. But determined to be not outdone by a mere mortal like me, the skies unleashed their fury when I took the turn for Laxmi Narayan Temple. Being stubborn as I’m(afterall I was nearly there), I increased my speed and continued on to Gole Market, Bangla Sahib and then Connaught Place. Since I hadn’t been to Barista(at Connaught Place) before, and as pointed out by codey earlier, I started to circumnavigate around the outer circle when finally after Ruby Tuesday & Federal Bank, I spotted the target!! 😀 I was already late by an hour and quite a lot soaked thanks to the fury of skies(which have given up by then & had gone for a break). So after parking, I dried up my bag & helmet, unsuccessfully tried to dry up my self & then went in.

If you happen to be in New Delhi on that day at that time, drop in to say hello and you’ll be able to meet a special attendee, Amit Varma of IndiaUncut fame!! 😉